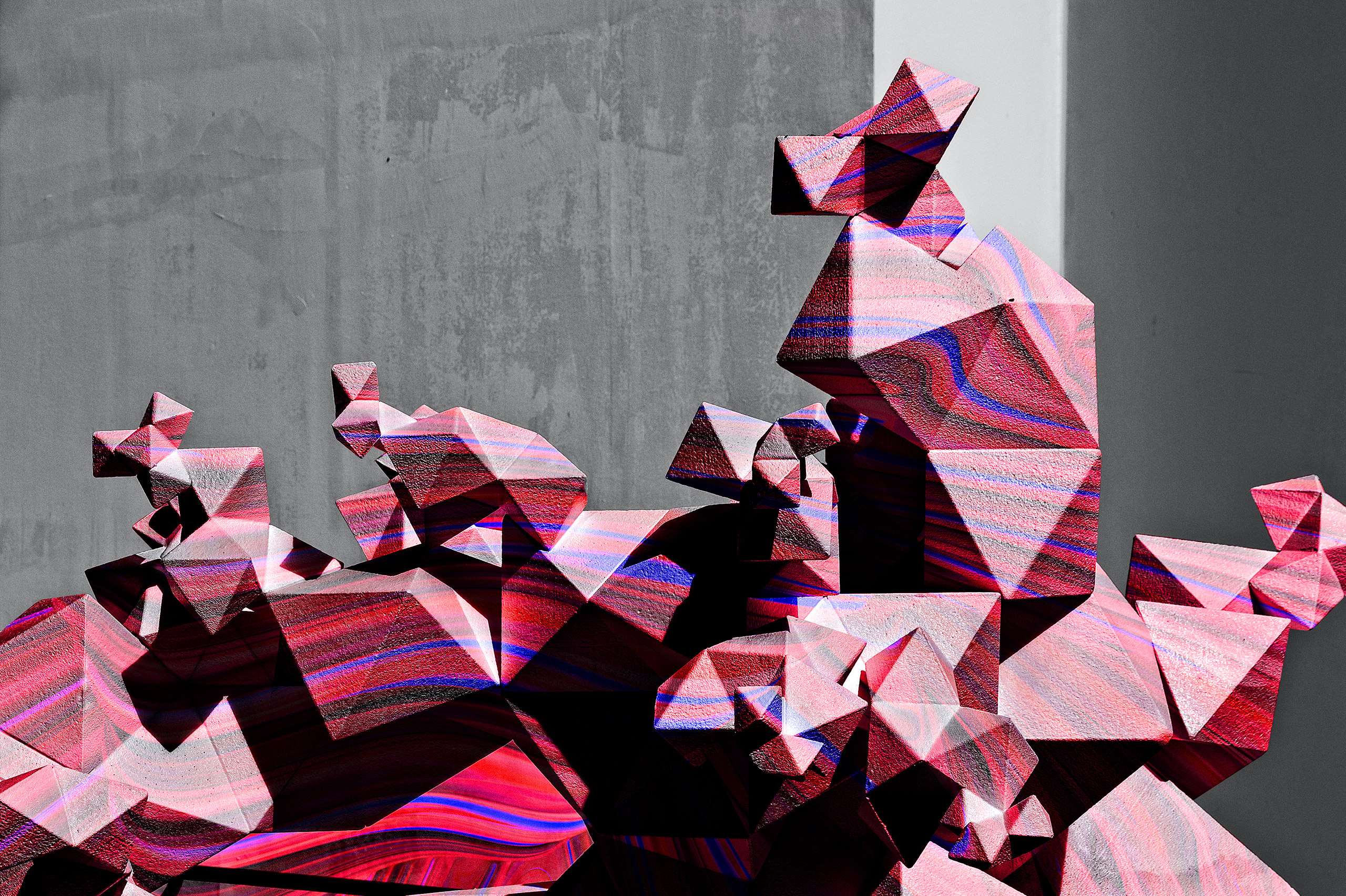 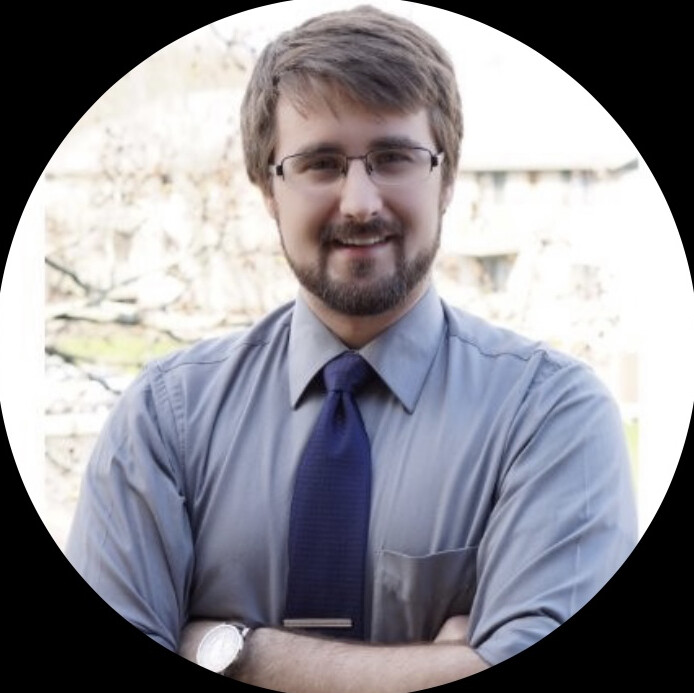 An ISPO, Initial Stake Pool Offering, is a novel mechanism for fundraising and launching a project. On Cardano, a project can use the base network’s Proof of Stake structure to implement its own validator nodes or coordinate with other operators to participate in the network

An ISPO, Initial Stake Pool Offering, is a novel mechanism for fundraising and launching a project. On Cardano, a project can use the base network’s Proof of Stake structure to implement its own validator nodes or coordinate with other operators to participate in the network. In exchange for a portion of the stake rewards, the funds raised in the model, the project can distribute tokens based on the delegators’ stake. It’s a token distribution model that differs from other methods, such as an ICO (Initial Coin Offering) or an IDO (Initial DEX Offering). In comparison, the foundation of an ISPO can provide significant benefits to all parties involved that don’t exist in an ICO or IDO.

MELD’s ISPO launched on July 1st, 2021 (epoch 275) and ran through Dec 6th, 2021 (epoch 306) for a total of 6 months (32 epochs). It quickly gained momentum as it got significant interest from the community. MELD gained traction in the community by contributing to the development of ADAmatic (a Cardano-Polygon bridge) and Hachi (a Cardano smart contract auditing toolset). The popularity of MELD’s ISPO only increased with frequent partnership announcements. Shortly after surpassing 600 million ADA staked to the ISPO pools, on October 27th, the ISPO was declared full.

While the ISPO demonstrated a lot of value and success, the team has admitted there have been some bumps along the way. Being the world’s first-to-be-implemented ISPO, the team plans to draft a “playbook” with lessons learned to share with other projects in the community.

The Power of ISPO Model

Generally speaking, the benefits from using an ISPO model for fundraising and token distribution can be split into three categories - the delegator/participant, the project, and the community.

The ISPO model offers a fair launch to the delegators since staking over a duration eliminates the possibility for bots to clog the system with buy orders. A typical behavior noted with previous ICOs, is an increase in token price followed by a sharp decrease, or “dump,” shortly after. The extended term of commitment of the delegator participating in an ISPO grants a greater sense of interest, ownership, and involvement that would mitigate the sharp dropoff post-launch. Additionally, a project can publish their formula for offering their token based on stake, some even implementing anti-whale or “whale limiter” parameters. Perhaps one of the most decisive advantages to the individual is that the financial risk is relatively minimal - the project doesn’t have control of the stake, there’s no buy-in like with an ICO, and there’s no fund lock-up period. The risk is just the opportunity cost of staking to a pool with a high margin; spending initial capital is not required to participate. Accruing the token of the project, which the delegator supports and wants to succeed and may provide future opportunities in utility, offsets the risk. The ISPO model is flexible, relatively low-risk, and is entirely in the delegator’s control - there is no other model with such benefits to the individual.

The underlying framework is what gives the ISPO model its advantages to the developers. Proof of stake is essential - Cardano’s epoch schedule and snapshot structure provide built-in tracking for an individual’s commitment over time. The team can create a dashboard, like MELD did, allowing delegators to keep tabs on their accrual. At the same time, the developers can monitor and report on various participation metrics. With a solid foundation already in place, the team needs to do significantly less setup. It can focus more on project development instead of building and implementing the framework independently.

The ISPO model allows for a project to cultivate and recognize leaders in the ecosystem. The developers can designate community operators to run the nodes for the project or use an operator’s existing nodes in some capacity. By hosting or running a node for an ISPO, the operator will likely gain delegation and see increased stake from existing delegators. Additionally, this allows the project time to cultivate strong partnerships with other projects and dev teams, perhaps bringing about something not yet seen in the network. This aspect weaves the project into the community and links the project’s success to that of the base network. The blockchain’s user base can increase as the ISPO becomes more popular and successful, attracting new delegations from outside the blockchain, including the crypto veterans and those new to crypto.

Many people stake to a pool that belongs to a developer as a form of support or credit for building and maintaining a particular tool for the ecosystem. With an ISPO on Cardano, you can now use your ADA to do the same but on a larger scale and get more than just ADA in return!.

Participating in an ISPO allows a delegator to use their already existing layer-one cryptocurrency position to grow and launch a layer-two project. In other words, they can help BUIDL while HODLing, and in this sense, each ISPO gives the HODLer a “three-for-one special.”

You participate in the network and help keep it running by HODLing and staking ADA to a pool! Your stake pool selection is critical to the network’s success, and it impacts your return on investment. The opportunity to maintain your position and further invest in the network over time is the first component of this “ISPO special.”

While staked to an ISPO, the delegate will earn the project’s tokens, one of the driving incentives for participation. Accruing the project’s tokens at launch is the second piece of the “ISPO special.” Assisting with the launch of a project, you can accrue its tokens on a relatively low-cost basis. Once you have the tokens, you can sell, use, or stake them. If you choose to stake them, you can HODL and have another opportunity to generate passive returns.

The third aspect of the “ISPO special” is a little more nuanced, but perhaps the most important one. While HODLing base layer coins, a delegator not only earns the tokens of the project with the ISPO model but inherently increases the value and utility of their staked position. A new project introduces increased utility within the network (i.e., a DEX  to swap tokens or a DeFi protocol to lend and borrow crypto). Each new dApp, DEX, and DeFi protocol launched on the network creates this positive feedback loop. While the results of this secondary increase in value and utility may not be perceived immediately by the delegator, true HODLers understand the merit of time in the market and the satisfaction that comes from “getting in early.”

As MELD’s ISPO comes to a close, delegates will have many opportunities to use their ADA’s HODL power to continue to BUIDL the Cardano ecosystem! One can gain incredible benefits from joining an ISPO and improving the ecosystem with minimal effort on their part. There are some ISPOs currently in progress and some that will likely be starting soon. With each iteration of an ISPO, the model is improved and customized for the project. MELD will be releasing the "MELD - ISPO Playbook" sometime after the end of it’s ISPO, which will include a lot of things like:

- the team’s anticipations and predictions

- the response from the community

It’s easy to choose to participate in ISPOs and build Cardano’s ecosystem one block at a time! 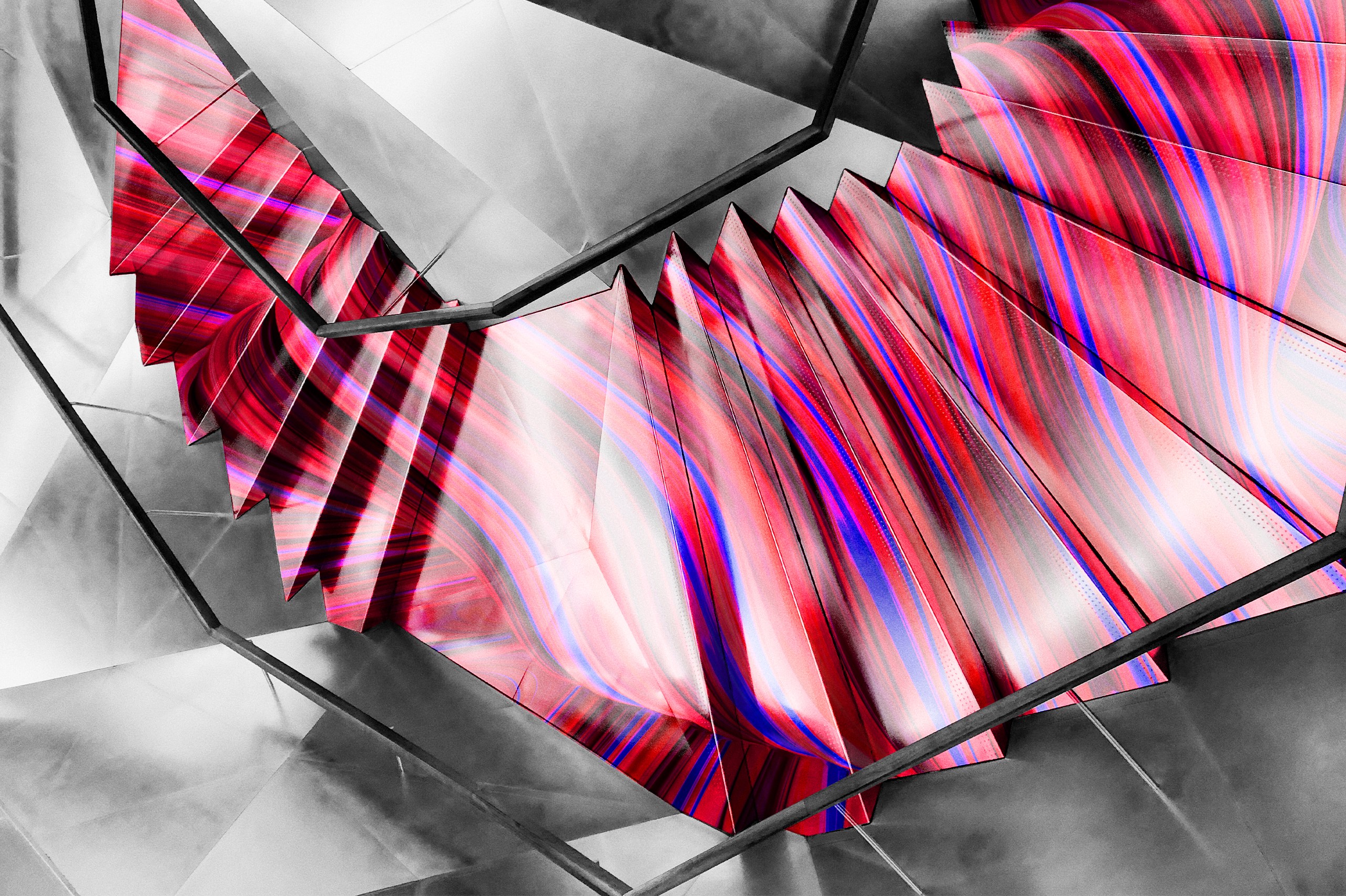 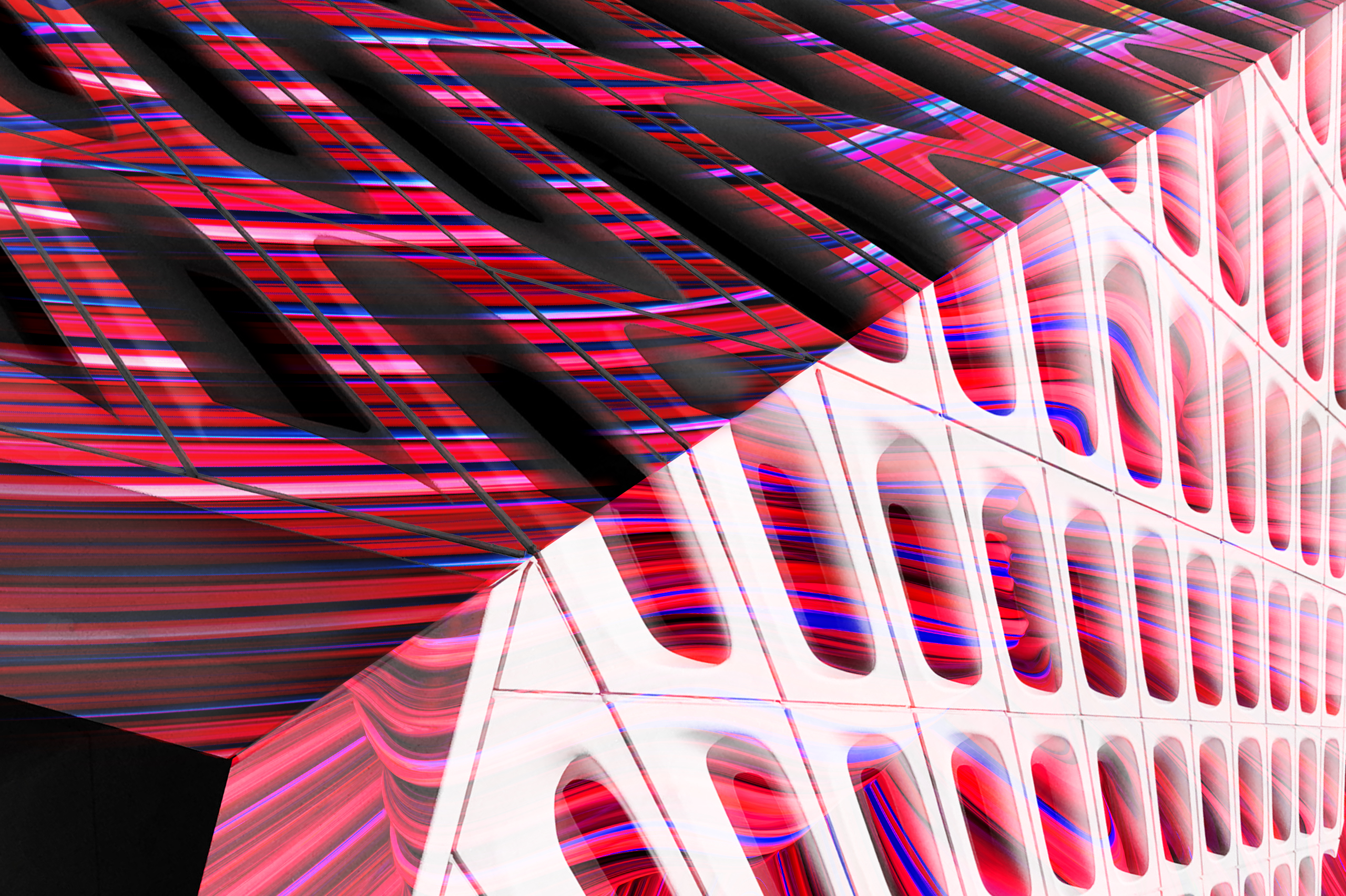 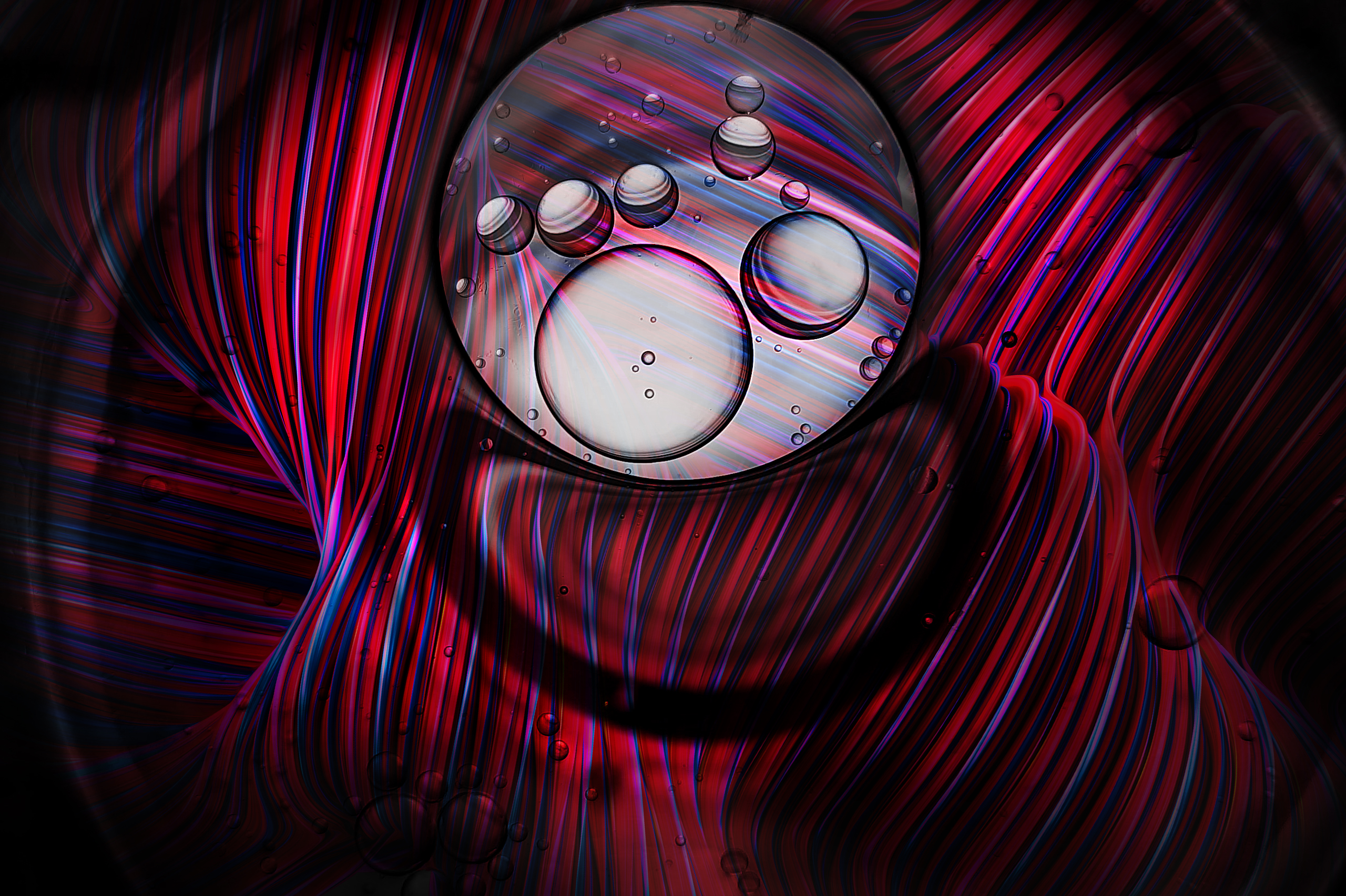